It is sometimes forgotten that reading back our story life in the past for revivifying some noble ideas is very important. In order to deal with that, I would like to describe about my story as an Indonesian Air Force Officer. Specifically, I will elaborate more my reason for joining Indonesian Air Force, my current duties and responsibilities as well.
The first thing that I consider when I enlisted in Indonesian Air Force was the high cost of education in university. My country was in bad economic condition when I graduated from senior high school in 1998 because of reformation stage which was emerged by most of youth generation. As a result, live costs become high and difficult to get cheap cost of education. In addition, another consideration is to relieve my parent burden on family’s expenses. I was brought up as the youngest son in a big family which comprises of six children in small house. Therefore, my father, an art teacher, has to work hardly for gaining some money to support and foster all his children’s dream. Meanwhile, I personally want to be a pilot since I was seeing Top Gun movie at the old brick wall cinema in my hometown. Even though it looked like an untouchable dream at that time, I had strong belief that I could get it. Because of all these reasons, I had been undergoing the task successfully in my unit since I graduated from Indonesian Air Force academy in 2001.


Currently, I am posted to 32nd Air squadron which operates C-130 Hercules at Abdulrachman Air Force Base in Malang, east java province. There are some duties and responsibilities that I have to implement as one of C-130 captain pilots. I fly toward most of air force bases which scattered throughout Indonesian archipelagos for deploying some stuff such as ammunition, food, logistics, spare parts, and troop’s equipments as well. I carry out those operations once in a month alternating with other pilots. Moreover, nowadays, the most important rule of my unit is become a quick reaction force for disaster relief. In 2010, 644 disaster events have occurred in Indonesia which resulted in approximately 1711 death tolls (“According to http://www.khayz.com/redaksi/catatan-akhir-tahun-2010-selama-2010-bencana-alam-tewaskan-1-711-orang”). Consequently, I have to be ready for accomplishing those missions anytime and anywhere.  I also conduct a number of training exercises periodically which will bolster up my professionalism as a captain pilot in operational missions such as crew resource management, combat survival exercise, tactical flight training proficiency and some joint exercises with other countries. On the other hand, I have an additional responsibility as chief of internal affair which its main duty is assisting squadron commander to negotiate some businesses  such as discipline coaching, environmental safety, and obedience in the standard operation procedure.
In conclusion, the high cost of education is my primary reason for joining Indonesian Air force besides relieving parent’s burden and personal willingness as well. All those reasons underlying implementation of my various kinds of duties and responsibilities which lead me to be a professional Indonesian Air Force officer. Indeed, be an officer of Indonesian Air Force is the best decision that I have ever made.
Diposting oleh TNC di 01.36 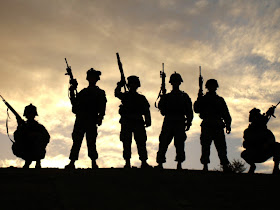